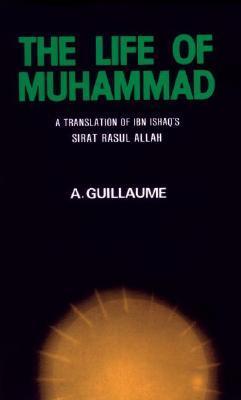 “O humanity! Indeed, We created you from a male and a female, and made you into peoples and tribes so that you may ˹get to˺ know one another. Surely the most noble of you in the sight of Allah is the most righteous among you. Allah is truly All-Knowing, All-Aware.”

Any Muslim who is active in dawah may find it disconcerting to see the proliferation of idiotic arguments against Islam on the internet. To state plainly, the internet is the bane of intellectual research. People with a bias and/or hatred against Islam will tend to believe any argument against it, no matter how stupid it is. One such stupid argument that keeps being used by low-IQ Islamophobes was popularized by the likes of David Wood and other low-IQ Christian apologists, namely, that Prophet Muhammad (ﷺ) was a “racist” who thought Satan was a “black man”. A little research and honesty would be enough to refute this idiotic claim, using the same source that the Islamophobes cherry-pick, but alas, most of their followers prefer to lazily and blindly accept any claim about Islam, as long as it is against it. In this case, the story that they cherry-pick is from Ibn Ishaq’s biography of Prophet Muhammad (ﷺ). There should be no surprises there. In this article, we will debunk the “Satan is a black man” argument and embarrass the Islamophobes, and especially the Christians, who use it uncritically to malign Islam.

The part of Ibn Ishaq’s report that the Islamophobes use concerns the reason for the revelation of Surah 9:61. The verse states:

“And there are others who hurt the Prophet by saying, “He listens to anyone.” Say, ˹O Prophet,˺ “He listens to what is best for you. He believes in Allah, has faith in the believers, and is a mercy for those who believe among you.” Those who hurt Allah’s Messenger will suffer a painful punishment.”

According to Ibn Ishaq:

“From B. Dubay’a b. Zayd b. Malik b. ‘Auf b. ‘Amr b. ‘Auf: Bijad b. Uthman b. ‘Amir. From B. Laudhan b. ‘Amr b. ‘Auf: Nabtal b. al- Harith I have heard that it was of him that the apostle said, ‘Whoever wants to see Satan let him take a look at Nabtal b. al-Harith!’ He was a sturdy black man with long flowing hair, inflamed eyes, and dark ruddy cheeks. He used to come and talk to the apostle and listen to him and then carry what he had said to the hypocrites. It was he who said: ‘Muhammad is all ears: if anyone tells him anything he believes it.’ God sent down concerning him: And of them are those who annoy the prophet and say he is all ears. Say: Good ears for you. He believes in God and trusts the believers and is a mercy for those of you who believe; and those who annoy the apostle of God for them there is a painful punishment.’

A man of B. al-Ajlan told me that he was told that Gabriel came to the apostle and said, ‘There comes to sit with you a black man with long flowing hair, ruddy cheeks, and inflamed eyes like two copper pots. His heart is more gross than a donkey’s; he carries your words to the hypocrites so beware of him.’ This, so they say, was the description of Nabtal.”[2]

Now, as is well-known, the reports in Ibn Ishaq’s book were not always authentic and he often times used da’if (weak) or even mawdu (fabricated) reports. However, even if we forego authenticating the report above, just by reading it, we can see that it does not way what the low-IQ Islamophobes claim it says. The context of the story is clear. The person who was called “Satan” was Nabtal Ibn Al-Harith, and he was described as a “sturdy black man”. However, as we can see, the reason he was called “Satan” was for his hypocrisy and sinful actions, not because he was a “black man” and certainly not because he was literally Satan (i.e., Iblis)![3] Wicked human beings can be called شَيَـٰطِينَ (shayateen; devils) in Arabic not because they are literally non-human entities but rather because they are evil doers. As the Qur’an states in Surah Al-Anaam, 6:112:

“And so We have made for every prophet enemies—devilish (شَيَـٰطِينَ) humans and jinn—whispering to one another with elegant words of deception. Had it been your Lord’s Will, they would not have done such a thing. So leave them and their deceit…”

It is similar to Jesus saying to Peter, “[g]et behind me, Satan” in the Christian gospels.[4] It did not mean that Satan was literally a Jewish man!

But wait, there is more! The ignorant Islamophobes think that when the Arabs used words like “black” or “white” to describe a person, they had the same meanings as in modern English. This is idiotic, of course. As any scholar of the Arabic language would tell you, such words could be used even for Arabs! In other words, an Arab with a particular complexion (dark or light) could be called “black” or “white”. For example, the Prophet Muhammad (ﷺ) had a light complexion, so in a hadith in Abu Dawud, he was called a “white (abyad) man”:

“Anas b. Malik reported : A man entered the mosque on camel and made it kneel down, and then tied his leg with rope. He then asked: Who among you is Muhammad? The Messenger of Allah (May peace be upon him) was sitting leaning upon something among them. We said to him: This white (man) [أَبْيَضُ] who is leaning.”[5]

This did not mean that he was European (i.e., a literal “white man”). It just meant he was an Arab with a light complexion. In Shamaa-il Tirmidhi, a hadith describes the Prophet as having a “wheat-coloured complexion”. Sheikh Muhammad Zakariyya Kandhelwi commented on this hadith by stating that the Prophet Muhammad (ﷺ):

“…was not of such a dark complexion that would decrease the lightness and beauty of a person, but had a radiant and light colour, which was slightly wheat-coloured.”[6]

In addition, as Islamic scholar Habeeb Akande explains in his book Illuminating the Darkness: Blacks and North Africans in Islam, even people with darker skin could be metaphorically called “white”. He writes that:

In fact, in the Arabic language, the word for someone who was literally what we would call a “white” person in the English language was not “abyad” but rather “ahmar”, which meant “red”.[8] Akande cites numerous classical Islamic scholars, such as Ibn Manzur, who wrote that:

“…‘the red people’ (al-Ahmar) applies to the non-Arabs (Byzantine Romans and Persians) because of the paleness of their skin.”[9]

Ibn Manzur also referred to a hadith in Sahih Muslim where the Prophet said that he had “…been sent to all the red (أَحْمَرَ) and the black (أَسْوَدَ)…”, and he commented that “red” meant the “non-Arabs” and “black” meant the Arabs.[10] Thus, in Arabic, even Arabs could be called “black”.

This brings us to Nabtal Ibn Al-Harith, the man who was referred to as “Satan” by the Prophet Muhammad (ﷺ) in the report from Ibn Ishaq. As it turns out, Nabtal Ibn Al-Harith was not even a “black man” in the way that the Islamophobes thought (i.e., a man from Africa). Rather, he was an Arab! The famous commentator Al-Tabari stated in his commentary on Surah 9:61 (see above) that Nabtal was a member (literally the “brother”) of the Banu Amr Ibn Auf, which was an Arab tribe![11]

Also, the famous scholar Ibn Hajr noted that Nabtal may actually have repented of his sins and became a Muslim. Thus, he was considered to be a “companion” (Sahabi) of Muhammad (ﷺ)![12]

So, not only was Nabtal an Arab man with a dark complexion (hence he was called a “black man”), but the reason he was called “Satan” was because of his sinful deeds. He pretended to be a Muslim but would then talk behind the Prophet’s back to the idolaters, but in the end, he seems to have repented. The Islamophobes were wrong again!

Finally, to further refute the “racism” nonsense that the idiotic Islamophobes repeat ad nauseum, we should consider the following hadith from Sahih Muslim:

“’A’idh b. Amr reported that Abu Sufyan came to Salman, Suhaib and Bilal in the presence of a group of persons. They said: By Allah, the sword of Allah did not reach the neck of the enemy of Allah as it was required to reach. Thereupon Abu Bakr said: Do you say this to the old man of the Quraish and their chief? Then he came to Allah’s Apostle (may peace be upon’him) and informed him of this. Thereupon he (the Holy Prophet) said: Abu Bakr, you have perhaps annoyed them and if you annoyed them you have in fact annoyed your Lord. So Abu Bakr came to them and said: O my brothers, I have annoyed you. They said: No, our brother, may Allah forgive you.”[13]

In this beautiful hadith, we see how non-Arabs like Salman (the Persian) and Bilal (the Abyssinian) were so respected that to annoy or insult them was to annoy Allah (Glorified and Exalted be He), even though it was Abu Bakr (may Allah be pleased with him), an Arab, who spoke to them. Even though Abu Bakr was an Arab, he was told by the Prophet that he may have annoyed the non-Arab companions by criticizing them for speaking negatively about Abu Sufyan, who was the chief of the (Arab) Quraysh. Abu Bakr promptly apologized, and they all reconciled. This is the brotherhood of Islam. As the Prophet Muhammad (ﷺ) stated in his last sermon:

In closing, we have seen yet another pathetic argument peddled by ignorant Islamophobes crumble under the weight of facts, yet it is expected that they will continue to spread the lie that Prophet Muhammad (ﷺ) was a “racist” who referred to a “black man” as “Satan” for no other reason than because he was “black”. Since the truth is not on their side, the low-IQ Islamophobes have to resort to deception.

[1] All translations of the Qur’an are by Dr. Mustafa Khattab, https://quran.com/49?startingVerse=13.

[3] It is frankly silly to claim that Prophet Muhammad (ﷺ) said that Satan/Iblis when it is obvious from the Qur’an and Sunnah that Iblis was one of the  jinn. He is not even a human being, though he can take the form of a human being.

2 thoughts on “Did Prophet Muhammad (ﷺ) Say That “Satan” Was a “Black Man”? Refuting a Stupid Islamophobic Polemic”