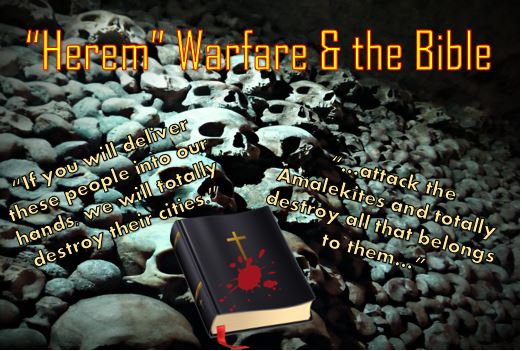 The Bible’s violent verses are well-known. While Christians and Jews offer different explanations for “problematic” verses like 1 Samuel 15:3 (the Amalekite genocide), they still end up trying to justify infanticide and mass murder. So the moral problem remains.

But it runs much deeper. There is an even more sinister aspect of the violence in the Bible, seen in the concept of “herem”. This video will discuss “herem” warfare and what it meant in the Ancient Near Eastern cultural context. If you haven’t heard about “herem” before, prepare to be shocked.

The video will also discuss the inconsistencies and contradictions between different books of the Bible vis a vis “herem” warfare.

One thought on “NEW VIDEO: “Herem Warfare and the Bible””

Twitter Tales: The Corpus Juris Civilis of Justinian I: Introduction & Some Laws on Marriage