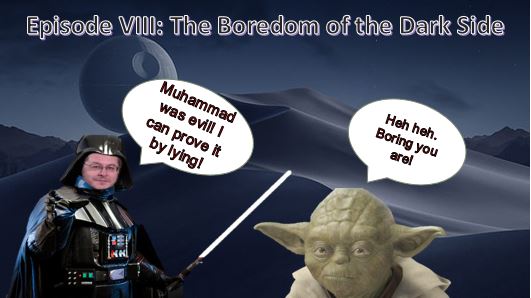 Padawans, I am bored with Darth Hammer. This video will provide refutations of some of the remaining claims against Prophet Muhammad (pbuh) that Darth Hammer made in his video “Muhammad vs Jesus”. The remaining claims will be refuted in the next video, which will close out the series. Darth Hammer and the Dark Side are finished. I need to move on to bigger and better things, inshaAllah.

A Parallel between the Bible and Pagan Mythology – Sea Monsters 👹

NEW VIDEO: “Is the Qur’an Less Trustworthy Than the Bible? Response to Alan Shlemon’s BAD Argument”

What did the Ante-Nicene Church Fathers Believe About Jesus?

Christian says I am being financed by Jews to “twist” Christianity. 🤦‍♂️

Materialism/naturalism is a type of religion