This is an interesting conversation between a CP fanboy and myself. After avoiding discussing the brutal murders of Midianite boys and the capture of the virgin girls as wives, this Christian was forced to admit that Yahweh’s actions are more akin to Don Ciccio in the Godfather movies rather than the compassionate and forgiving Creator of the world. 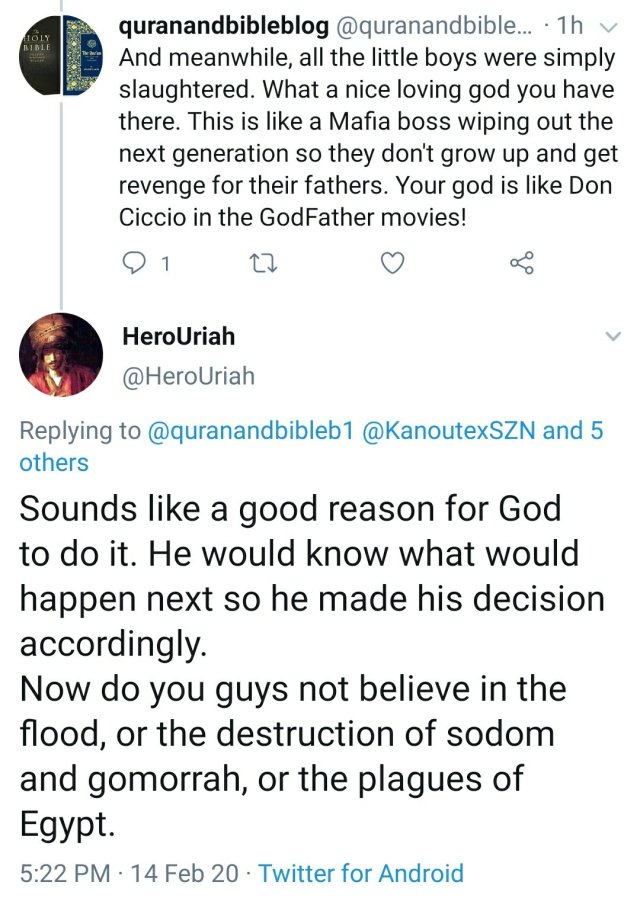 Meanwhile, he is still avoiding answering how it was determined which girls were virgins and which weren’t. Also, at first, he seemed deny that they were taken as wives, but eventually admitted that too, though he will not answer at what point they were to be married. I helped him with a hint and directed him to Deuteronomy 21. Let’s see if he can figure it out.

2 thoughts on “On Numbers 31, Christian compares Yahweh to a Mafia boss!”

A Parallel between the Bible and Pagan Mythology – Sea Monsters 👹

NEW VIDEO: “Is the Qur’an Less Trustworthy Than the Bible? Response to Alan Shlemon’s BAD Argument”

What did the Ante-Nicene Church Fathers Believe About Jesus?

Christian says I am being financed by Jews to “twist” Christianity. 🤦‍♂️

Materialism/naturalism is a type of religion