Over the last month, I had been having a private conversation with a brother on Twitter. He had left Islam and had become a hostile hater. But with Allah’s guidance, he regretted this decision. After some of his remaining doubts were answered, this brother made the decision to revert to Islam and has taken the Shahada once again. Alhamdulillah! May Allah (Glorified and Exalted be He) continue to guide him and make him grow strong in faith. The door to repentance is open until one’s death. May Allah guide more such people to the truth of Islam. Ameen. 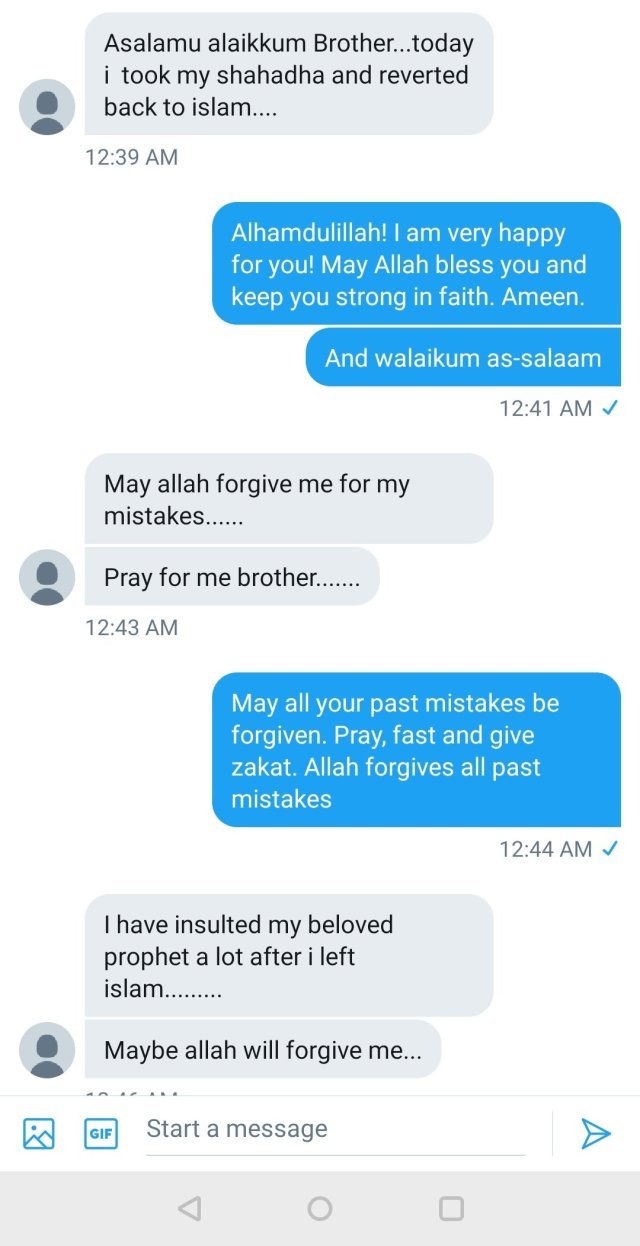 2 thoughts on “Welcome back to Islam!”

NEW VIDEO: “Who is “the Angel of the Lord” in the Tanakh?”

“The Coming of the Lord”: Paul’s Failed Prophecies on the Parousia of Jesus