Do Christians Today Have Real Faith? – A Response to Two Christian Apologists, Part 2

“Truly I tell you, if you have faith as small as a mustard seed, you can say to this mountain, ‘Move from here to there,’ and it will move. Nothing will be impossible for you.”

This is Part 2 of my response to 2 Christian apologists who attempted to side-step my challenge to the global Christian community to fulfill the alleged promise of Jesus (peace be upon him) with apologetic excuses for why this promise does not apply to Christians. In Part 1, I responded to the excuses of author of the website “Vake Biblia”.[1] In this present article, I will respond to Ken Temple’s excuses.[2]

In contrast to the strategy employed by the author of “Vake Biblia”, who claimed that the promises of miracles only applied to the first generation of Christians who were preaching to the Jews, Temple used a different strategy. According to him, it was all just a metaphor. He claims that:

“a mountain in those contexts is a symbol for something that is standing in the way of the moral will of God, but always under God’s sovereignty also. (in Matthew 17 the context was sickness and healing – but God does not always heal us physically by just praying for it or “claiming it” by faith, etc.”

So, Temple wants us to believe that when Jesus (peace be upon him) said that a true Christian could drop a mountain into the ocean or cause a fig tree to wither away, he was really only saying that faithful Christians could overcome any obstacle. It was just a “symbol” or a “metaphor”.

Of course, Temple neglects to mention that his own New Testament refutes this interpretation, since it claims that the disciples performed many wondrous miracles as they preached the Gospel. I provided some examples in Part 1. Here are some more:

“But Paul shook the snake off into the fire and suffered no ill effects. The people expected him to swell up or suddenly fall dead; but after waiting a long time and seeing nothing unusual happen to him, they changed their minds and said he was a god.”[3]

In the same chapter, Paul also healed the father of Publius, the chief official of the island of Malta:

“Paul went in to see him and, after prayer, placed his hands on him and healed him. When this had happened, the rest of the sick on the island came and were cured.”[4]

So, there is no reason to think that the promise of moving mountains was only a metaphor and not a promise to be fulfilled literally. It could certainly be a “symbol” for any obstacle that one may face in the trials of life, but there is no reason why it cannot also be interpreted literally as well.

Temple then states that:

“[t]he cursing of the fig tree and the cleansing of the temple in the Mark 11 and Matthew 21 passage shows that Jesus was using those physical things as symbols of apostate Israel who had no fruit.”

That is all well and good, except that Jesus (peace be upon him) specifically said to the disciples:

“Truly I tell you, if you have faith and do not doubt, not only can you do what was done to the fig tree, but also you can say to this mountain, ‘Go, throw yourself into the sea,’ and it will be done. If you believe, you will receive whatever you ask for in prayer.””[5]

Does Temple think he knows better than his savior? Jesus said that a faithful Christian can do or ask for anything if he/she “believes”. In his comment, Temple said:

“…but God does not always heal us physically by just praying for it or “claiming it” by faith, etc.”

Of course, I agree that this does not mean that God answers every prayer, and surely it does not mean that a Christian can destroy the world with a snap of his fingers, like a certain mad titan in the Avengers movies. Surely, there are some exceptions to every rule. But that is not what I am asking for anyway. All I am asking for is just ONE example of a Christian who can perform the miracles that Jesus said a faithful Christian could perform. Surely, there must be at least ONE such person in the world.

Also, notice that Matthew 21:21 refers to the withering of the fig tree as the example for what faithful Christians can do. He said “not only can you do what was done to the fig tree…”[6] This can only mean that the fig tree incident was meant to serve as a literal example of what faith could accomplish. That it was a symbol for “apostate Israel” could also very well be the case, but there is no reason to think that it could not also be referring to literal miracles that faith can accomplish. The only reason Temple wants to discount the latter view is because he knows that no Christian, including himself, can do what the Christian scriptures promise.

So, we can see that Temple’s excuses, like those of “Vake Biblia”, do not stand up to scrutiny. It seems the apologists are embarrassed at their inability to prove their “faith” and hence making their savior out to be a liar. Therefore, as I asked in Part 1, so I ask again: is there any Christian who can fulfill the promises of their savior? Please move Mount Everest from its present location and throw it in the Indian Ocean. Do this, and I will convert to Christianity immediately. 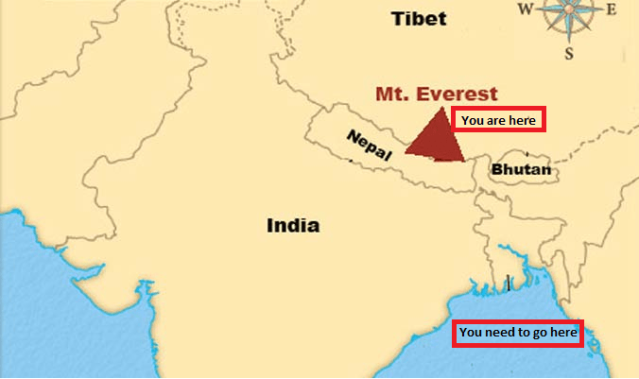 Or if that is too difficult, then the Christians can simply cause a fig tree, or any tree, to wither away as Jesus withered the fig tree. Due to concern for their safety, I will not ask them to fulfill the absurd promises made in Mark 16 and expect them to pick up venomous snakes or drink poison and not be harmed. The point of the challenge is not to hurt these people, as they surely will be hurt if they mess around with vipers or cobras or drink strychnine, but to convince them that they have placed their faith in a religion that makes false promises. Thus, they should seek answers elsewhere, because the answers are not to be found in Christianity.

Notice that this was also a “sign” given to Gentiles, which further refutes the arguments of the author of “Vake Biblia” as well.

[6] As a side note, there is a clear contradiction between Matthew and Mark as to the timing of the fig tree incident:

We can clearly see that in Matthew, the fig tree withered immediately, as Jesus and the disciples were standing there. But in Mark, the fig tree does not immediately wither, and none of them see it happen. It was only the next day that they found it “withered from the roots”.

52 thoughts on “Do Christians Today Have Real Faith? – A Response to Two Christian Apologists, Part 2”

There is no escape: the universe had a beginning

The Biblical “Satanic Verses”: The “Wrath” of Chemosh