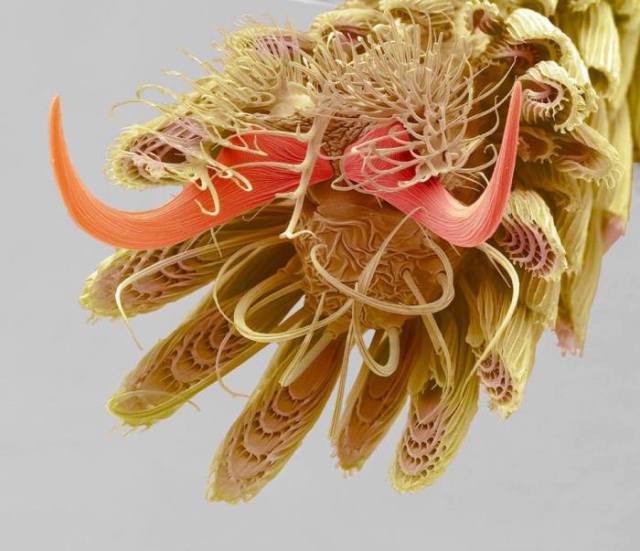 This is a magnification of a mosquito’s leg. It was made through a special lens that magnified it 800 times. To give you an idea how much that is, a picture of an average grain of rice, if magnified to that extent, would be around six meters, or roughly twenty feet long.

We are expected to believe by those who deny God that such beauty, precision, utility and effectiveness simply ‘came to be’, on its own. We are told that such is the Law of Nature and so states the Theory of Evolution. Changes at the DNA level simply occurred as random mutations, such that the aggregate result of billions and billions of random mutations is seen in this picture.

12 thoughts on ““Can there be any doubt about Allah – the Originator and Creator of the heavens and earth?!” [Surah Ibrahim; 10]”