Over at brother Ijaz Ahmed’s website “Calling Christians”, I am in a discussion with a Christian named “Zozeph Francisco” (see the screenshots below). He was posting in response to brother Ijaz’s post on Dan Brubaker’s book “Corrections in Early Qur’an Manuscripts”, which was reblogged on this blog previously. This Christian asked whether there were any manuscripts of the Quran that contain all 114 surahs. Brother Ijaz had already pointed out that all 114 surahs are in fact accounted for in the 1st-century of the Islamic calendar. But I could see the Christian was not satisfied. Thus, I pointed him to the Topkapi Manuscript, which is dated to the 1st/2nd century AH and contains 99% of the Quranic text. All 114 surahs are accounted for, with only 2 folios missing. Unsurprisingly, realizing that he had been refuted, the Christian moved the goal post! 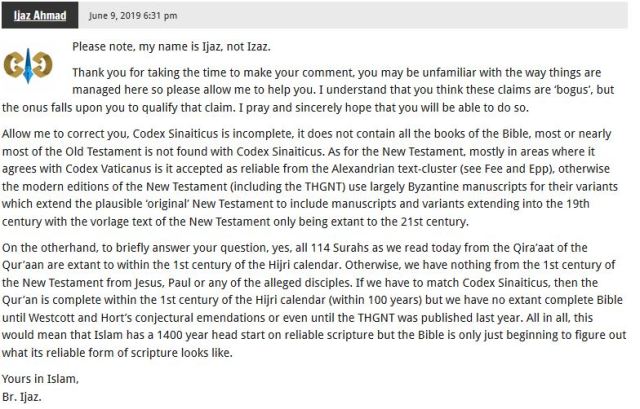 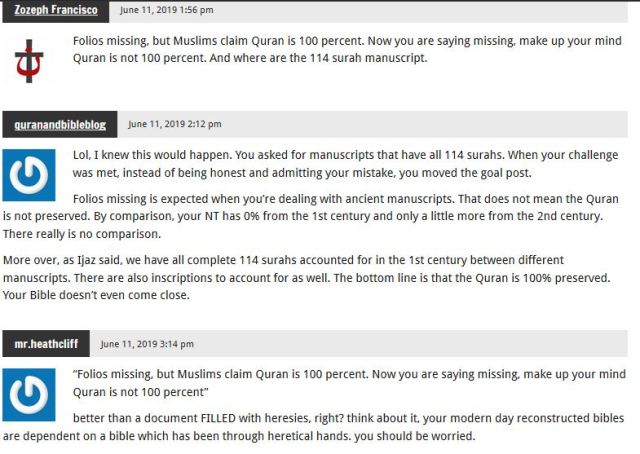 1,419 thoughts on “Answering a Christian’s Challenge on Quran Manuscripts”