“But there are some people who trade in ‘entertaining tales’, to lead others, without knowledge from God’s path, and to hold it up to as a joke. There is a humiliating punishment for such people. When My verses are recited to them, they turn away arrogantly as if they didn’t hear them, like there’s some sort of barrier around their ears. So, announce to them a painful torment. But for those who believe and do good deeds, there will be Gardens of constant blessings for them, to live in forever. This is the promise of God in truth and He’s the Final Authority and the One to pass Judgment.”[1]

I was going to take Ramadan off but due to a parody video in the comments and that some non-Muslim commentators didn’t seem to know much about the discussion they were having, I decided to write an article explaining the matter in detail.  The argument brought forth in the video is that these two hadith means the Prophetﷺ allowed Muslims to drink dirty contaminated water:

“Abu Sa’eed AI-Khudri narrated: “It was said, ‘O Allah’s Messenger! Shall we use the water of Buda’ah well to perform ablution while it is a well in which menstruation rags, flesh of dogs and the putrid are dumped?” Allah’s Messenger said: ‘Indeed water is pure, nothing makes it impure.’”[2]

“It was narrated that Jabir bin ‘Abdullah said: “We came to a pond in which there was the carcass of a donkey, so we refrained from using the water until the Messenger of Allah came to us and said: ‘Water is not made impure by anything.’ Then we drank from it and gave it to our animals to drink, and we carried some with us.””[3]

So let’s start an examination of the claim. The easiest part to refute in the video is the second hadith. Anyone who checked the link will know that the hadith is weak and so it’s thrown out for evidence, hence why the gentlemen in the video didn’t show the quote in the book like they did with the first hadith which is authentic and will now be discussed.

One will notice in the first hadith there is no mention of drinking water but about ablution or Wudu, which is a washing process Muslims do before prayer.[4]  The hadith is talking about this washing process and nothing more. So a lack of reading comprehension is how the mistake in the video began. This was a general statement by the Prophetﷺ to tell the person who asked the question whether water be used for washing. Because the well was so big, a small amount of something gross won’t ruin the whole well.

Now let’s look at Buda’ah well mentioned in the hadith.  Abu Dawood’s commentary on the hadith states that:

“…the well was situated in sloping ground. When the rains came, these impure substances would be carried from the roadways and the yards of people’s houses and dropped into the well. However, due to the considerable amount of the water in the well, the quality of the water was never affected or altered.”[5]

This means that the water was running and not just a stagnant pool.  Other ahadith further explain the condition of the water in the well:

“Abu Dawud, said I heard Qutaibah b. Sa’id say: I asked the person in charge of the well of Bud’ah about the depth of the well. He replied: At most the water reaches pubes. Then I asked: Where does it reach when its level goes down ? He replied: Below the private part of the body.

Abu Dawud said: I measured the breadth of the well of Buda’ah with my sheet which I stretched over it. I them measured it with the hand. It measured six cubits in breadth. I then asked the man who opened the door of garden for me and admitted me to it: Has the condition of this well changed from what it had originally been in the past? He replied: No.  I saw the color of water in this well had changed.”[6]

So it was not a well like something you see on a show like Little House on the Prairie:

Rather, it was sort of like a small river running down a hill that people used as a well. Rainwater would wash the occasional object in it. So they weren’t sure if it would be appropriate to wash in this water for prayer because of that.

After other evidence was brought to show that the Prophetﷺ was speaking about water generally, the claim of contradiction was made. Another commenter claimed:

“Most likely later generations of muslim [sic] scholars tried to reconcile these contradictions with redactions and additions.”

This same commenter also claimed that my faith “was keeping me blind from the obvious”.  Again basic reading comprehension will show that there’s no contradiction and one would have to cite proof for the claim of redactions and editing (which they did not.  Of course, it can be tempting for someone to assume this because their own religious scribes had this issue with redaction and editing. Let’s explore this in more detail. Here are the hadith quoted:

“You should not pass urine in stagnant water which is not flowing then (you may need to) wash in it.”[7]

Allah’s Messenger (ﷺ) said: “None of you should take a bath in stagnant water when he is sexually impure.”[8]

The person appears to have gotten confused and thought they were talking about the same incident and also wondered why it would be necessary to say that. Well, the Prophetﷺ told people not to urinate or bathe directly in bodies of water outside because other people might drink or wash in it not knowing that. Remember this is in ancient times in the desert and people had to bathe and wash themselves – they didn’t have the luxury of plumbing that we have nowadays. They used lakes, wells, streams, rivers, collected rain water etc. So the Prophetﷺ said don’t urinate or bathe in these pools of water because someone might come after you.

Finally the last hadith quoted to show the statement was general:

It was narrated from ‘Abdullah bin ‘Abdullah bin ‘Umar that his father said:
“The Messenger of Allah (ﷺ) was asked about water and how some animals and carnivorous beasts might drink from it. He said: ‘If the water is more than two Qullahs, it will not carry filth.'”  It comes with some explanation in Sunan At-Timidhi ‘Abdah (one of the narrators) said: “Muhammad bin Ishaq said: ‘A Qullah refers to Jirar (These are two nouns describing large casks that are used to hold water), and a Qullah is the thing that drinking water is held in.”‘ At-Tirmidhi said: “This is the saying of Ash Shafa’i, Ahmad and Ishaq. They say that when the water is two Qullahs then nothing makes it impure, as long as it does not change its smell, and its taste. And they say, it is approximately fifty Qirbahs (waterskins).”[9]

This goes back to the same point.  if you have a large amount of water that is considered large enough that a little amount of something gross won’t instantly contaminate the whole thing. So all these hadith are saying is:

These are not contradictions, but a general statement combined with exceptions to the rule of thumb. Water by itself is fundamentally pure. If there are impurities involved, the water would also become impure; not because of the water itself, but because of what’s in it.

The Companions opinion was based off a weak hadith? (Sigh. I know. Just please…go with it)

The last point that’s worth noting is that a list of classical Companions and scholarly opinions were listed to show that water’s purity is a general statement. Furthermore, the people who heard the Prophetﷺ say the statement in question about water didn’t understand what heﷺ said in the way the video claimed.  What they said was that water does not get affected by a small gross object getting into a large body of water, except when the water’s smell, taste or color changes.  In response, the non-Muslim commenters said that they based their opinion on a weak hadith! 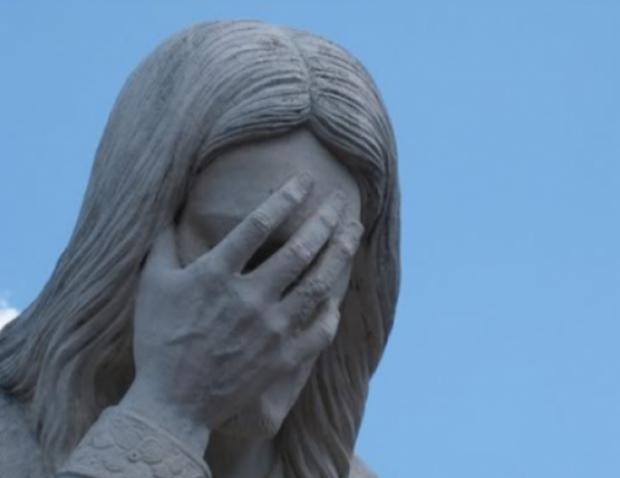 For the purpose of trying to not make this blog post too long, let’s go down the line. These are people who met the Prophetﷺ or students of people who met the Prophetﷺ. They’re not sitting there reading Bukhari or Muslim etc. This is what they taught at their schools. This would be like me thinking that the early Church Fathers’ opinions about wife beating not being grounds for divorce are in the New Testament.

One big difference in Islam and Christianity’s history is that God allowed us to defeat our oppressors and by the end of the Prophet’sﷺ life Islam was an authority in the land. Many Companions set up schools to teach the next generation of Muslims. They weren’t passing secret notes back and forth. Some of the people quoted in the list had never even met.  This was just their understanding that the statement about water is general but if something happens to the water, don’t drink it or use it for ablution. We can see a basis for the opinion because, as can be seen in the hadith about the well, it was a large amount and one small thing doesn’t contaminate it. As for a small amount, it’s possible it can become contaminated. Where confusion took place is that it was shown that a weak hadith just happened to say the same thing they had said as well (hence it’s use as a supporting evidence but it could never stand by itself) so it could be that heﷺ did say this because all these Companions said the same thing when asked. But we cannot use it as a proof by itself because a narrator is unknown in the chain. And as can be seen from the first section, it’s not even necessary to refute the claim of the video and for the sake of argument it can be thrown out.

Hopefully this will be enough to put this matter to rest. Ramadan Mubarak to everyone and next time if you have a question about something in Islam, please message it privately and don’t spam the comment section.

[4] See the following video for a guide on how to perform Wudu: https://www.youtube.com/watch?v=5KweAf1Z8sY

The Case for Polygyny

Video: Christian apologist admits the Bible is not monotheistic!

YouTube SHORT: Christians are wrong about the “angel of the Lord”!